In case you hadn’t noticed, in these past few weeks we’ve been getting an unusual amount of sunshine here in the UK. So when Glyn invited me to join him down in Dorset for some Deep Water Soloing at the start of July I was pretty psyched.

Before this I’d been on two DWS excursions, the most recent of which was nearly 2 years ago. The first consisted of me flashing the classic Freeborn Man, and the second consisted of me falling off it repeatedly. Doh.

So I definitely felt like I had unfinished business to be seen to, and honestly I felt a little apprehensive despite the 6c grade being well within my ability. 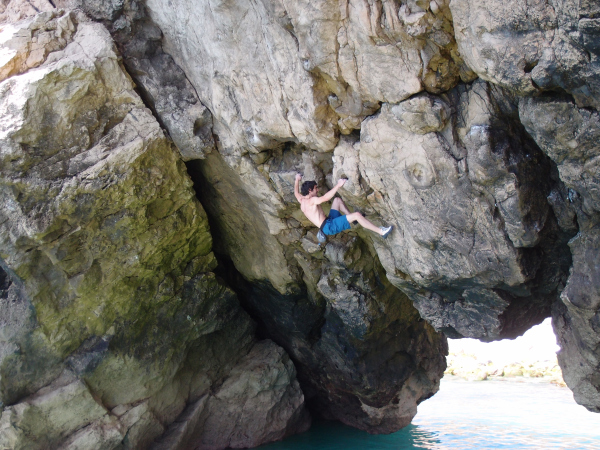 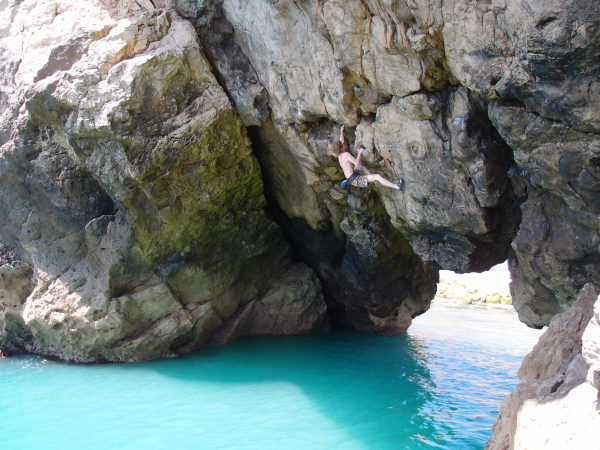 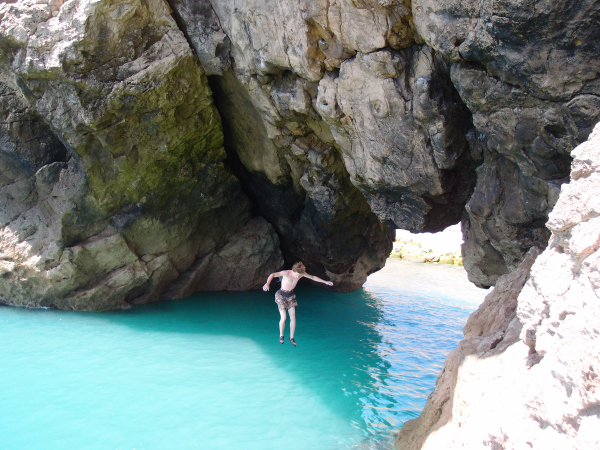 The next day we headed to Connor Cove and I successfully got up Freeborn Man on the first attempt. Phew! I didn’t realise it at the time, but Glyn was videoing me. I don’t look as smooth as I’d like! 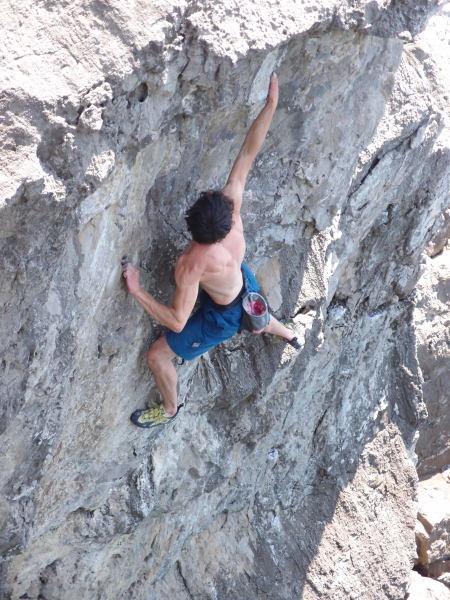 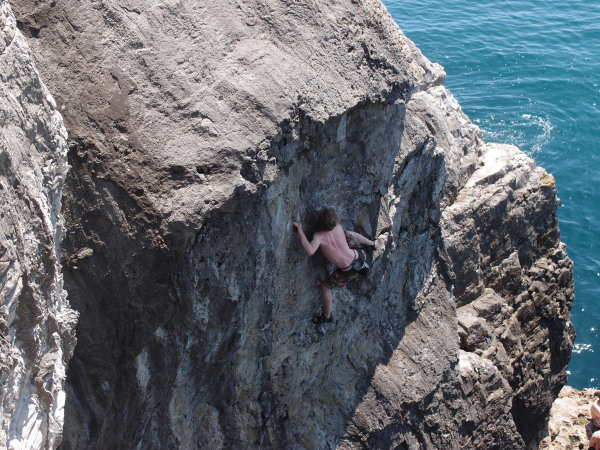 Me on Freeborn Man – right foot way too wide!

After this Glyn had to take off, but I’d arranged to link up with Adam Brown & co, who Ross McKerchar put me in touch with. I had fun onsighting a few easier lines, and we finished the day with a lovely BBQ on the cliff top. 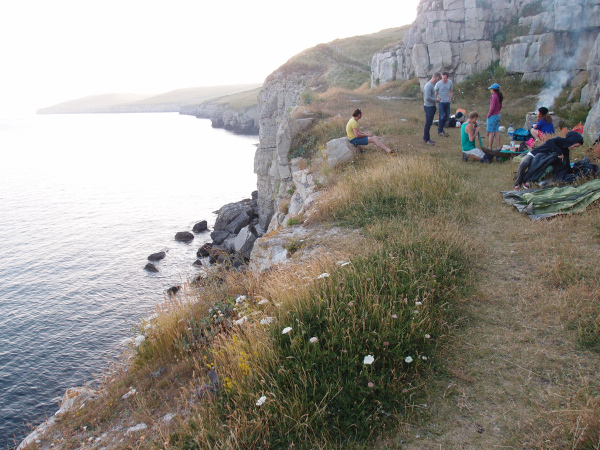 Not a bad place for a BBQ

This last weekend I once again returned, with Adam Brown, Rachel Keys and James O’Neil. James is a strong boulderer but rarely sport climbs and had never done DWS. However he totally pulled it out the bag with an assortment of impressive flashes over the course of the weekend. 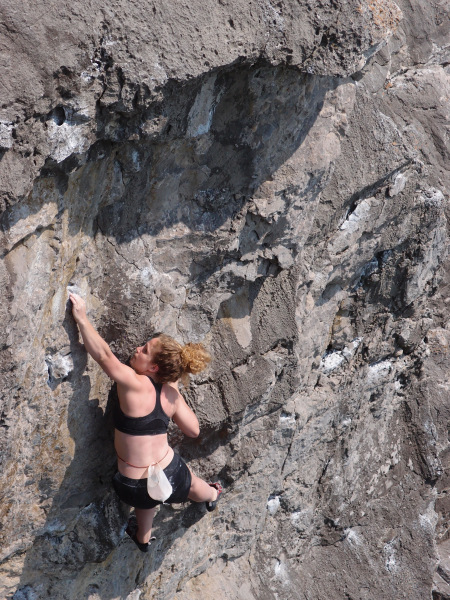 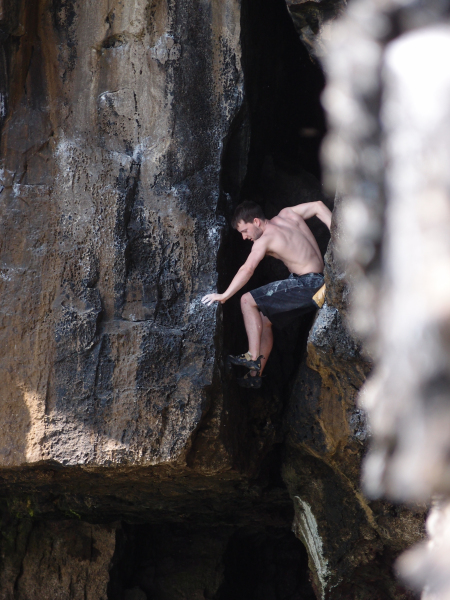 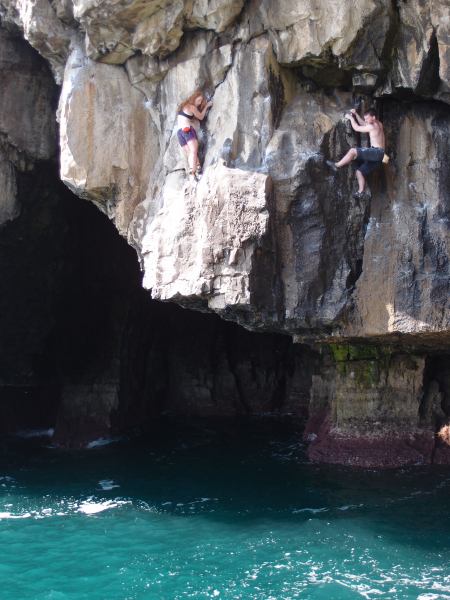 Rachel Keys and James O’Neil getting involved with The Conger 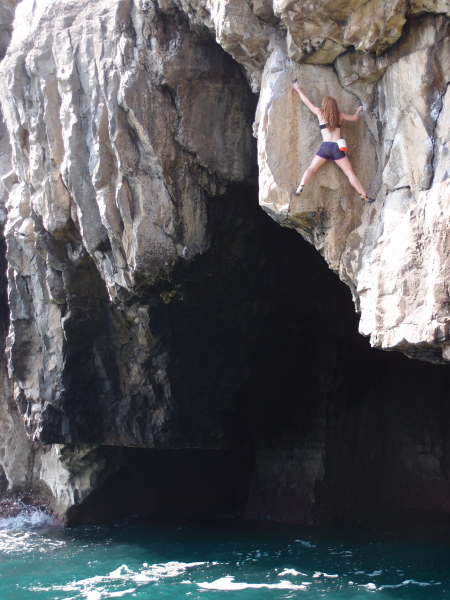 Rachel Keys on the crux of The Conger

For my part, I managed a flash of Crazy Notion and an onsight of Davey Jones’ Lock-off. The latter was utterly incredible, probably the best DWS I’ve done. It took me at least 20 minutes to complete, with plenty of shaking out and great moves.

Another highlight was The Laws Traverse, which is not too hard (though not too easy either!) but I found it super fun, especially as there was a group of about 8 of us on the send-train!

This September I have plans to be in Mallorca for 4 days, where I will surely return to the joys of Deep Water Soloing!