The final hurrah of my winter of bouldering was to be 10 days over Easter, cranking and eating pastries in Fontainebleau. We arrived on a rainy, grey Saturday morning after driving through the night (there was only space for the roof box on the 2:20 AM Eurotunnel!) and spent the rest of the day sleeping before getting some supplies from the most horrifically large supermarket you can imagine. We took at a walk at Cul de Chien, touched some wet holds and retired miserably for dinner.

The next morning we rose late (no rush, it was still raining), had a lazy breakfast and wondered what to do. The forecast ahead looked bleak and we desperately wanted to do some actual climbing. Time to get creative.

Since we had no ropes or gear we had to constrain ourselves to bouldering options. We tossed around the obvious names. Magic Wood? Too wet. Albarracín? Too far. But Sadie had heard of a place called Annot in South France. It’s not a well-known destination so we didn’t know what to expect, but a brief glance at the forecast (full sun for the next week) made the decision for us. We packed the car and settled in for an 8 hour drive south. 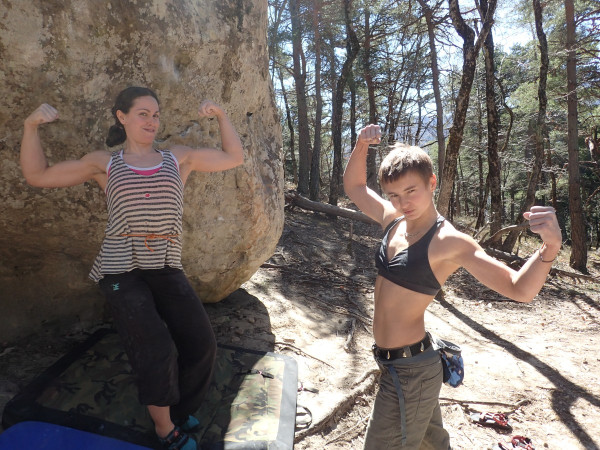 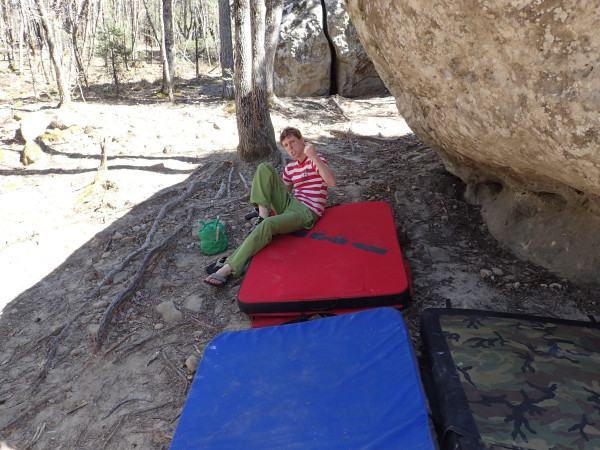 The gamble paid off. Following directions from the free topo, we turned up a dirt track just along the road outside the town. The track twists its way up a pine-laden mountainside and the sector you visit more or less depends on which hairpin bend you stop at. It’s just about drivable in a normal car but there are lots of potholes and bumps which makes the process of getting up and down quite a pain in the arse. It takes about 15-30 minutes depending on the sector. 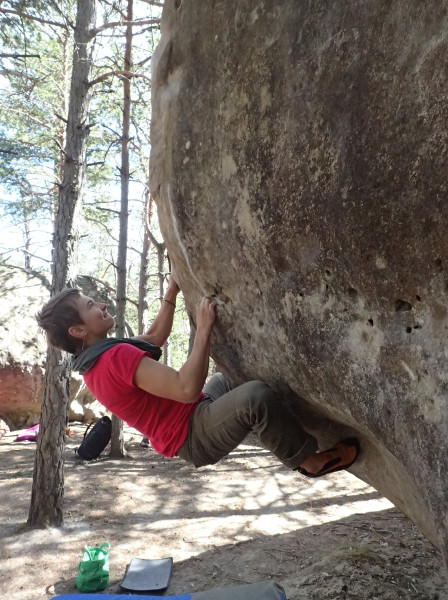 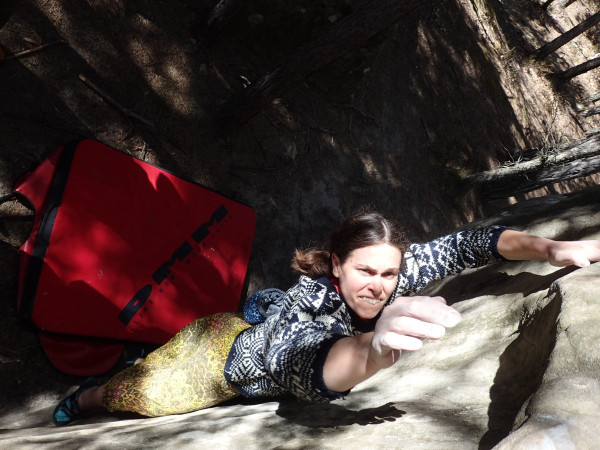 The rock is sandstone, but coarser than Font which makes for good friction but rapid skin loss when sliding off slopers. Some of the rock is great quality, other bits are quite crumbly. Annot suffers a little from low traffic, which means that some problems are dirty and unclimbable in their current state. Others are fine. 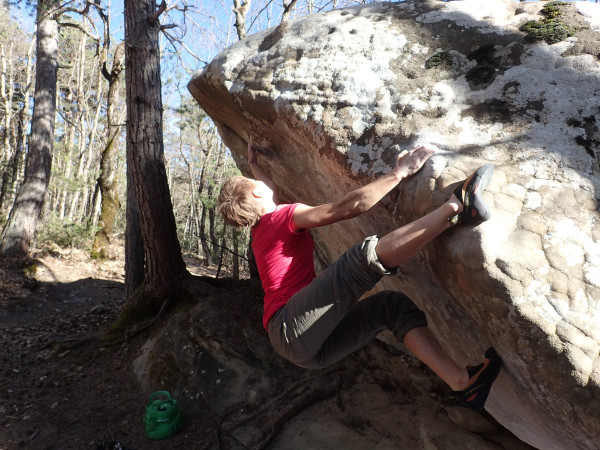 The grading system is weird. It uses the “B” system which apparently has origins in the Peak District at some point. Clearly I’m too young to understand, but we found that they roughly corresponded to “soft V grades”, so a B6 felt about V4-5 perhaps. We didn’t spent too much time worrying about this. 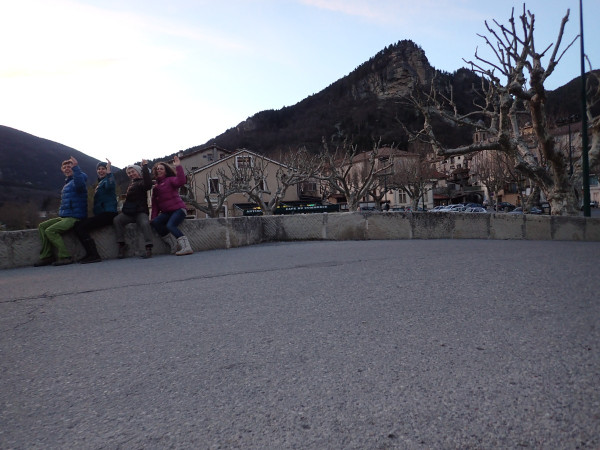 I have no idea what we were doing but it was my birthday, woop!

It’s not Font, but there is plenty to get on with and some real gems if you put the effort in to seek them out. You have to work a bit harder, but the reward in our case was sunshine and tranquillity (we were sharing the forest with not more than 10 others). 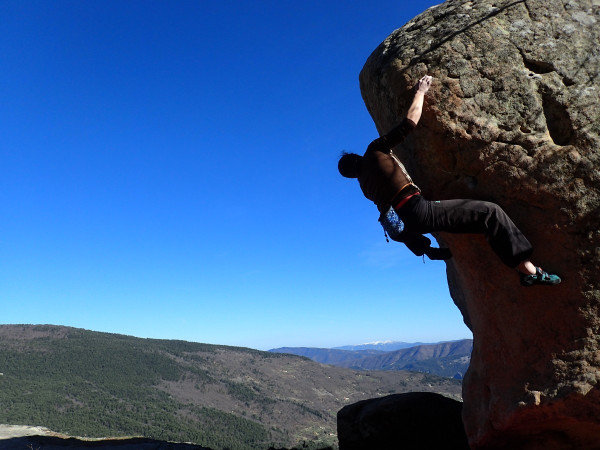 Panoramix, what a position! 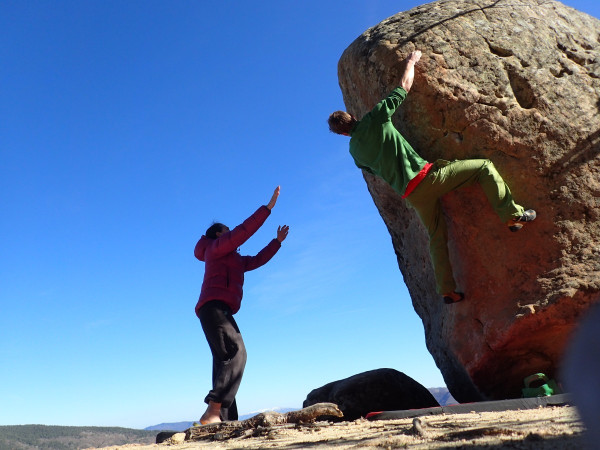 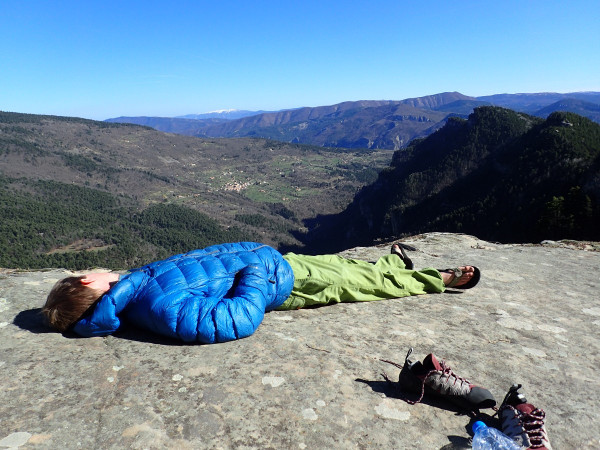 Here’s where we climbed: 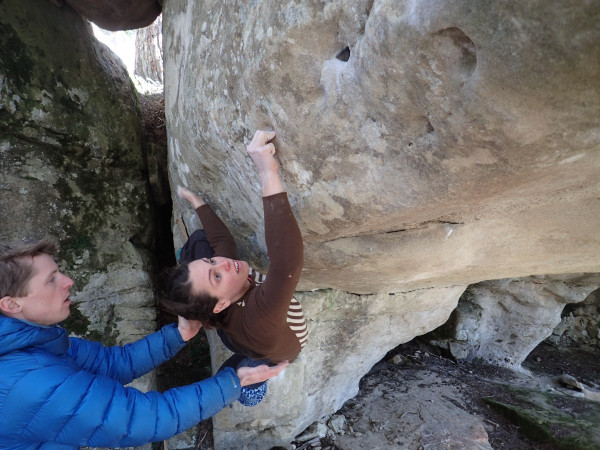 Brilliant onsight of Toit du cul du loup by Sadie, I couldn’t hold that crimp but a bit more reach got me through!

After four days in Annot the forecast was looking better in Font so we decided to spend a rest day driving back north. In the end it was a double rest day as the weather gods turned their backs on us once again. But we did finally spend a very nice dry day climbing at Isatis before returning home. 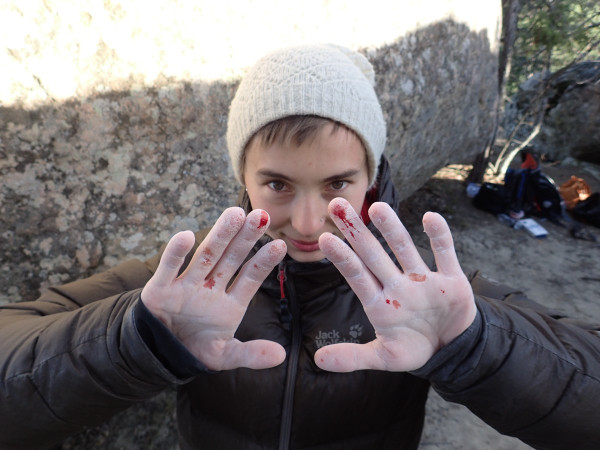 Zof needs to grow some skin…

After doing so much bouldering this winter I am now nursing some sore fingers (doh) but feeling super psyched to get back on a rope and climb some longer things! 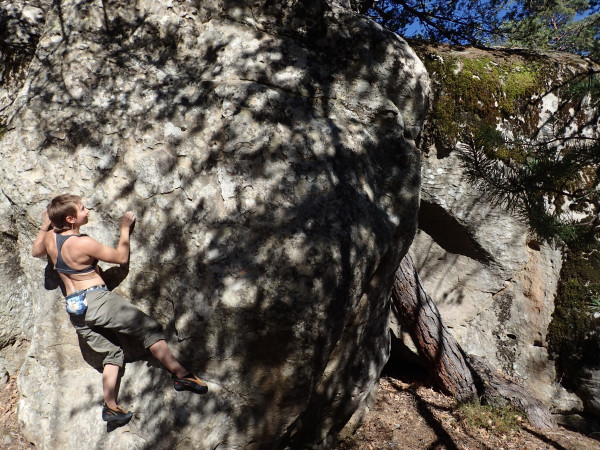 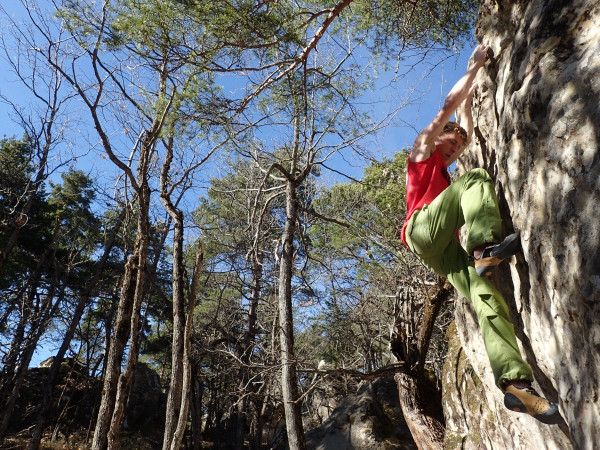