I’m currently in Australia, and whilst the primary motive for the trip was to spend christmas with my partner’s family (who live in/around Melbourne), I have been able to arrange to sample some of the climbing as well. 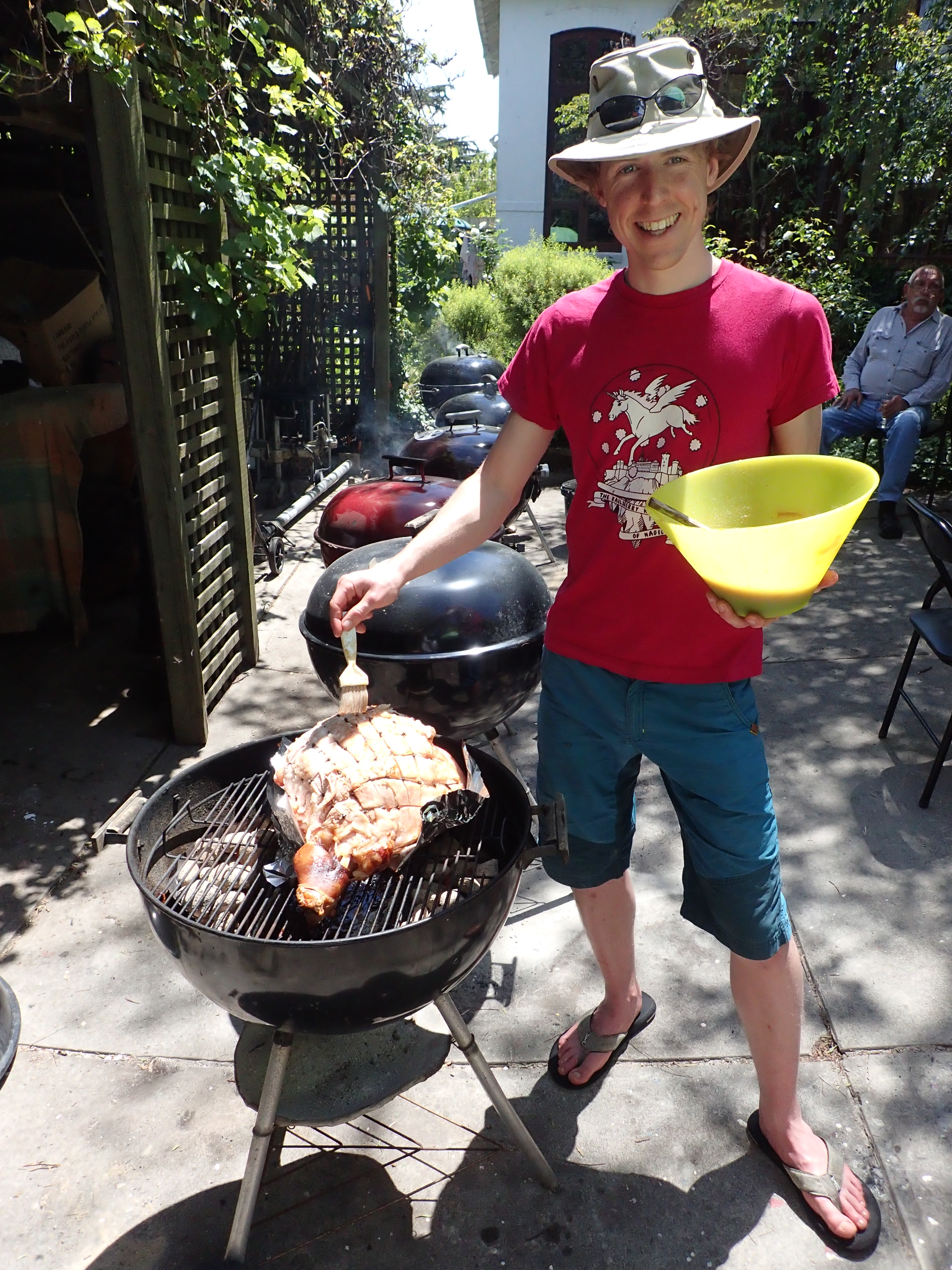 Smoking the ham on the Weber, a christmas tradition apparently!

In the run-up to christmas we stayed in Melbourne and did various social things meeting up with family and friends. This was enjoyable but by the time christmas day came I was really looking forward to Emily and I heading out on our own to do some camping and climbing. 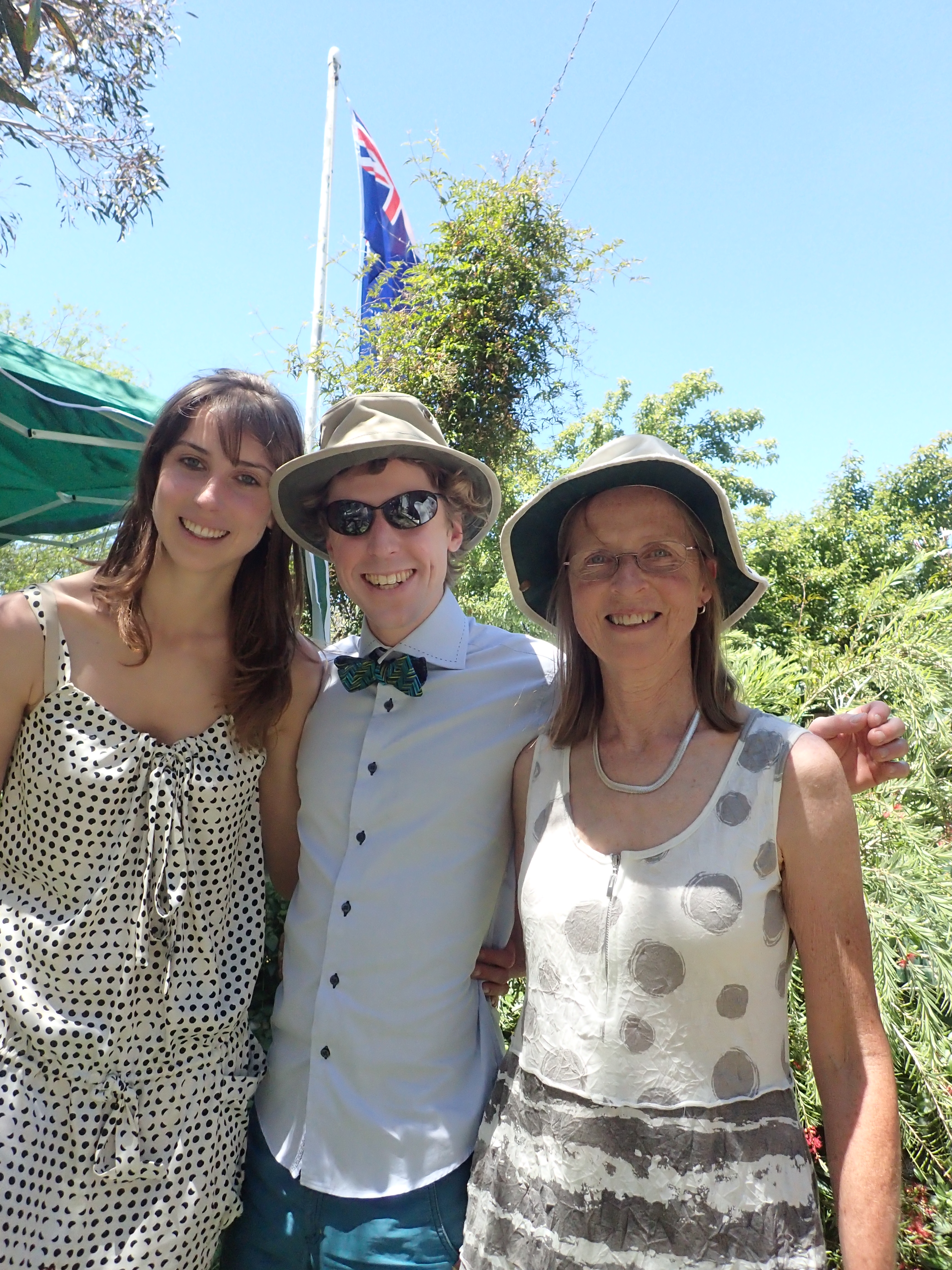 We started at Arapiles. Being summer time, it’s not really the best season for climbing in the state of Victoria, but I was keen to check out some of the classic venues whilst not having high expectations about encountering good conditions. 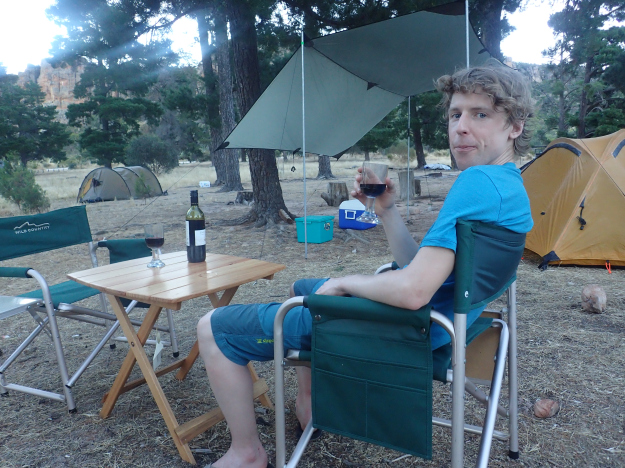 Surprisingly we actually had quite a bit of wind and rain rather than the searing heat we had expected. But the rain was mostly light and we managed to climb in between (and sometime just in) showers. We spent a couple of days at Arapiles getting a feel for the place and ticking off some classics such as Kachoong (21) (good fun, I didn’t find it to be overrated as some have reported) and Comic Relief (21) (amazing climbing, hard for the grade and bold at the start). Having never climbed in Australia I didn’t have a good feel for the grade system, but discovered that in general everything felt harder than expected! This is probably partly due to conditions, but also lack of fitness… 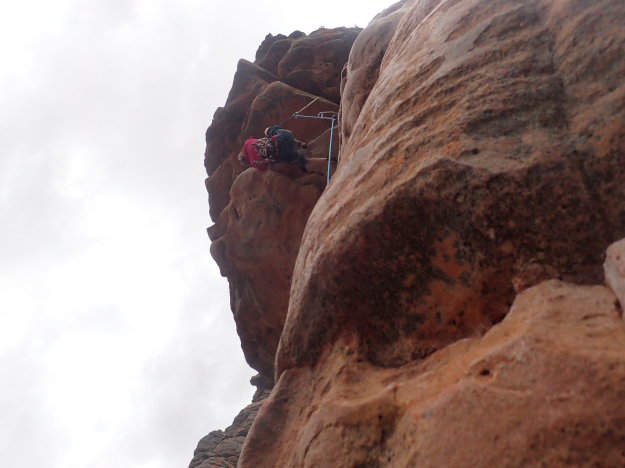 The juggy roof of Kachoong (21)

On our rest day we debated sticking around but eventually decided to move to the Grampians. We were worried about finding crags that would work with the weather, but the desire to see somewhere new pulled us away from Arapiles.

We headed for Dreamtime Wall which is mostly a sport climbing venue, but in a very remote location. After a fairly sketchy drive  down a 5km dirt track (we didn’t have a vehicle with much ground clearance) we established a bush camp and settled in for the night. 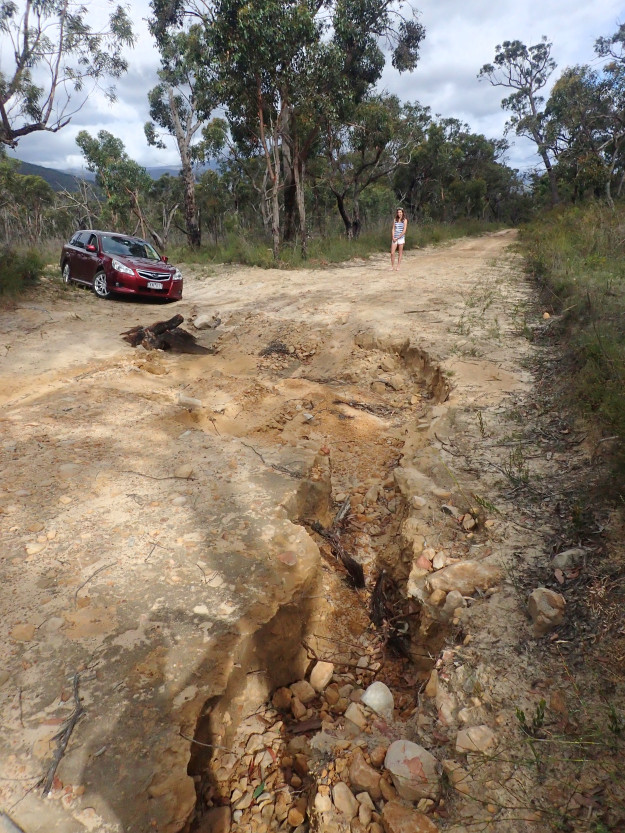 Complex manoeuvring around a hole in the track… 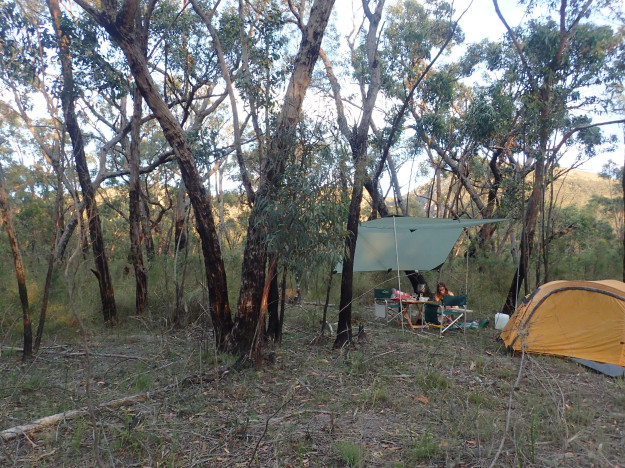 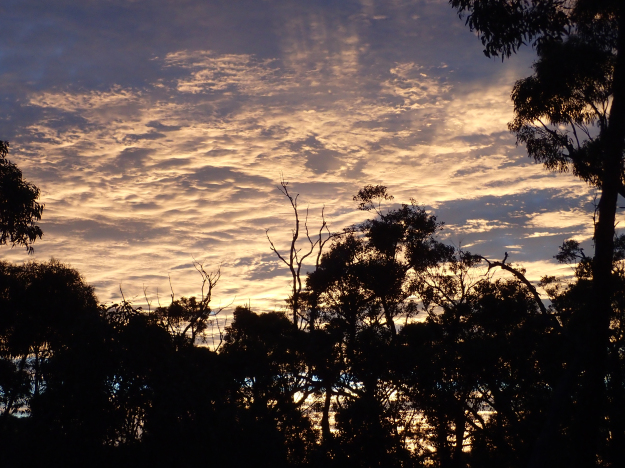 The gorgeous sky that night

After warming up on Dreaming of Reconciliation (22), I decided to try to step it up a bit with Red Chilli Nights (25). It was really warm and humid and I didn’t realise the route relied on quite a few slopey holds. After an onsight battle I greased off, got frustrated and decided to come down. Then it started to rain and everything got wet, and I got even more frustrated! Eventually the rain eased a bit and Emily talked me in to trying something else, so I did R.E.M. (21). When I came down it had finally started to properly dry up and I could enjoy The Stolen Generation (23), which redeemed the day somewhat. 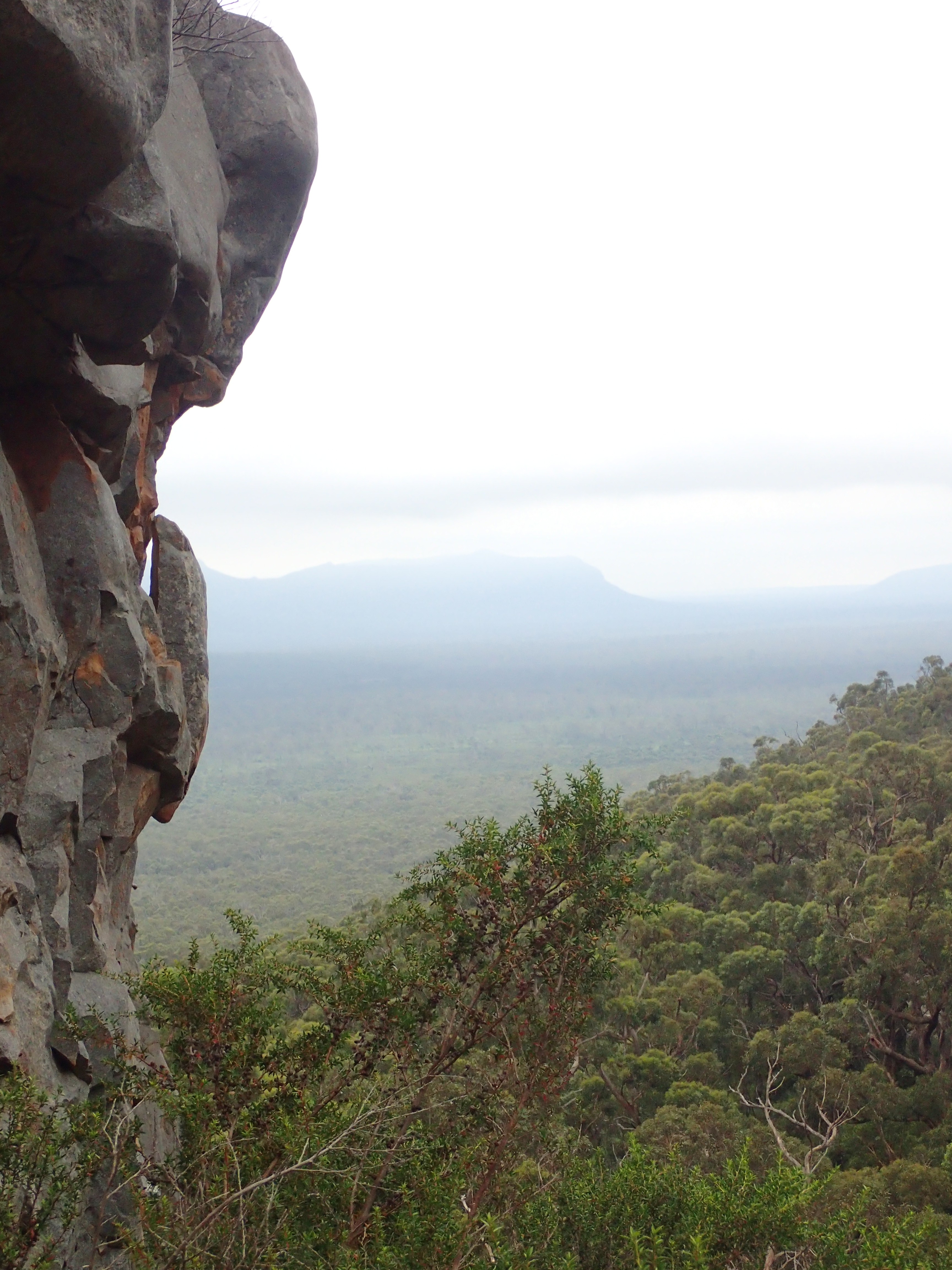 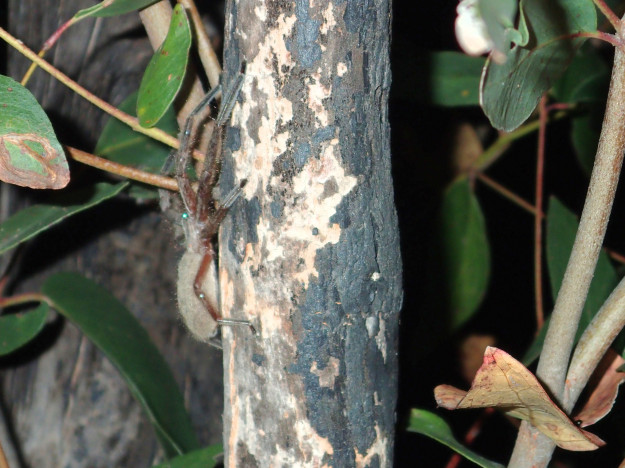 Massive spider next to our tent, perhaps a Huntsman?

I wasn’t particularly impressed with the climbing at Dreamtime Wall as there was quite a lot of loose rock, but I think my opinion is probably biased by the terrible conditions we had that day. (And the loose rock should clear up over time.) That said I did enjoy going to this remote location and camping on our own in the bush, so it wasn’t all bad. 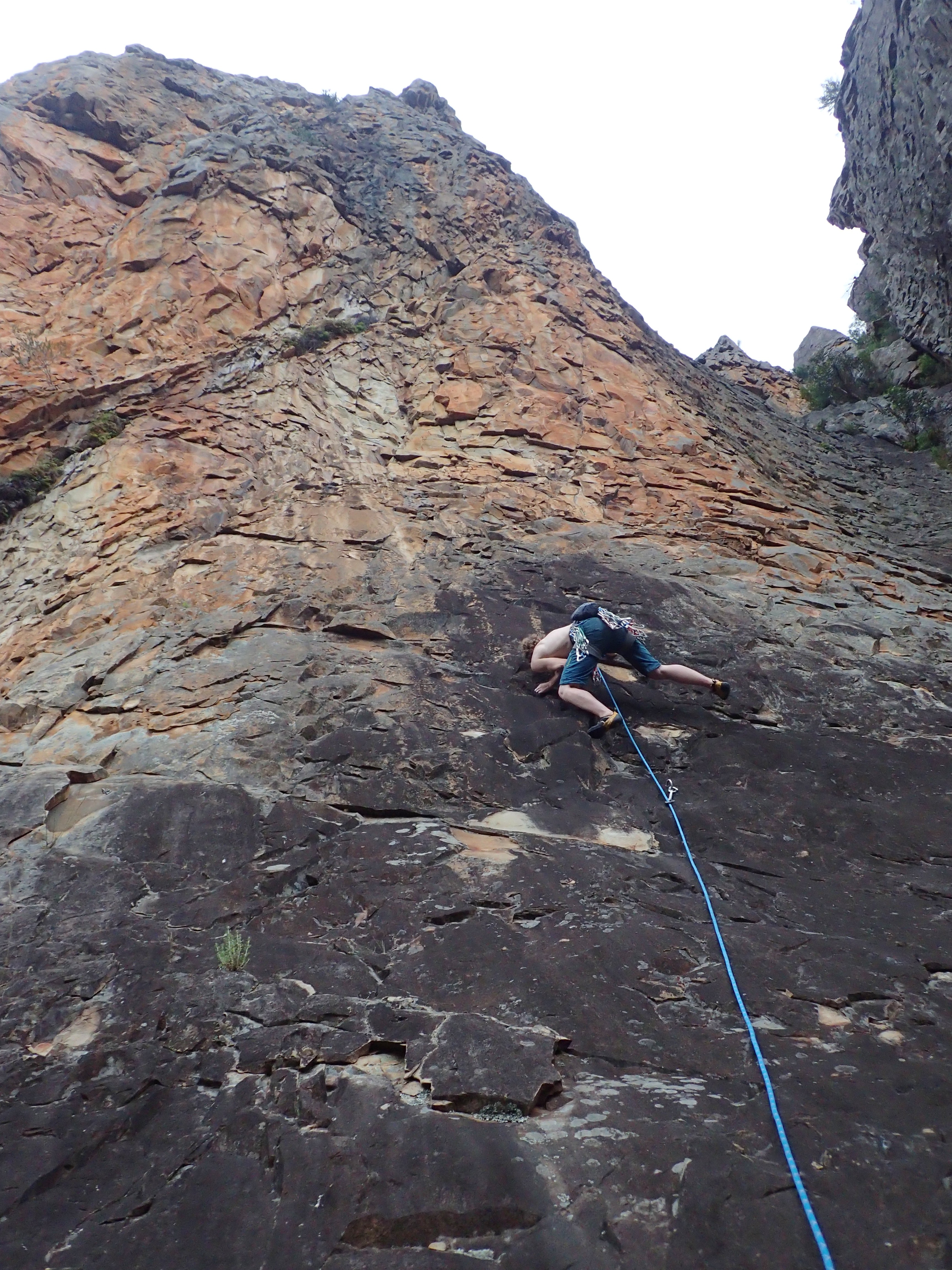 Starting up The Stolen Generation (23) 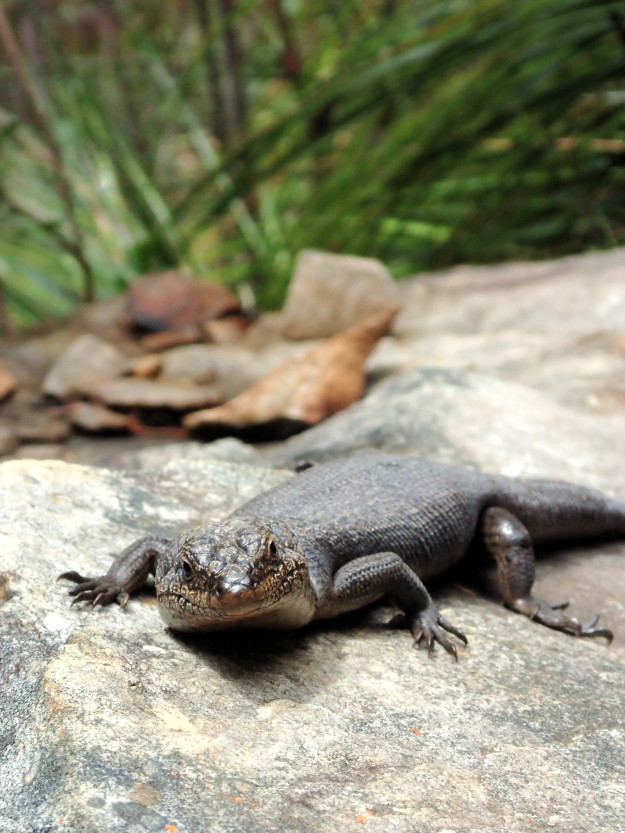 Our little friend at the crag. Not sure what type of lizard this is.

The next day it was much cooler and we headed to Eureka Wall, which is one of the more famous bits of rock in the Grampians. I’d have liked to get on the classic Archimedes Principal (26) but it was clear by now that given the conditions and my fitness, I would be biting off more than I could chew. Instead I did a quality crack climb, Newton’s Law (23/24) and then the pumpy P2 of Darwin’s Theory (18) after Emily lead P1. It was a great way to get to the top of this impressive wall, and I’m now very psyched to come back for an onsight crack at the harder routes one day! 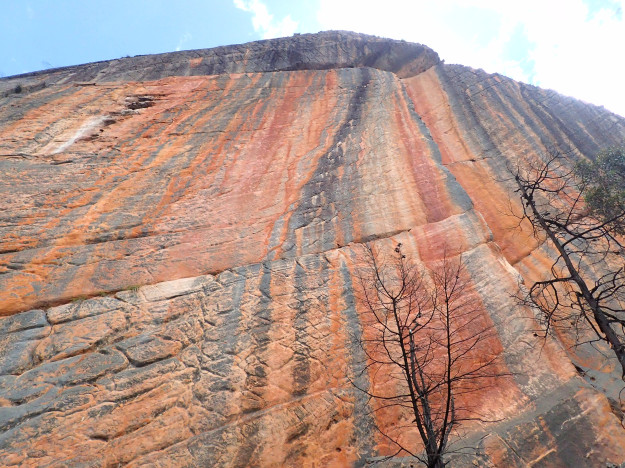 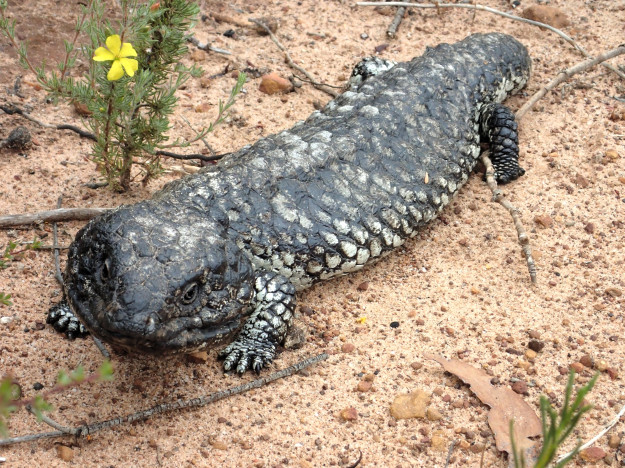 Once we got down from Darwin’s Theory it was approaching 8 PM but I managed to persuade Emily that we should mission it a bit further up the hill to Eureka Towers for Return to Gariwerd (22). Our guidebook promised a cairned track but it seemed very overgrown and we ended up mostly bush-bashing our way through. But the route was an absolute joy to climb, hands down the best route so far, and as I topped out the golden sun was just dipping below the horizon… a beautiful sight… but one which meant we needed to walk down in the dark! 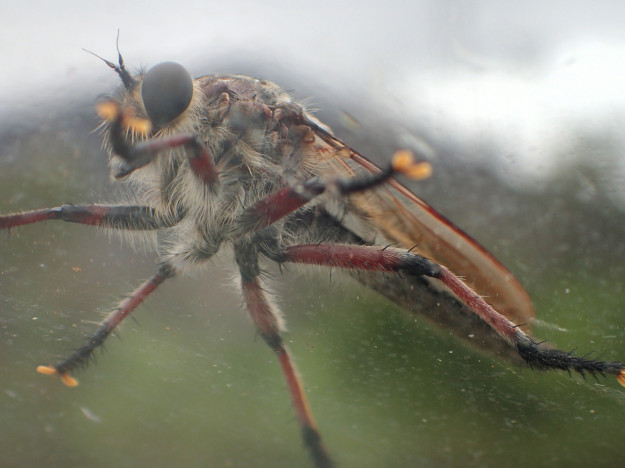 Massive fly on our windscreen

This was more challenging than expected because with our head torches we could only see a few metres ahead, and there was dense bush everywhere. Once we got back to Eureka Wall we thought it would be easy to follow the cairns down, but we couldn’t even find the start of the track! After searching around for ages we just plowed into the undergrowth and eventually came upon a cairn, but it was still very difficult to follow the track. We got down at maybe 11 PM and pitched our tent in the dirt, tired but content. We were treated to a completely clear, starry sky and saw several shooting stars! 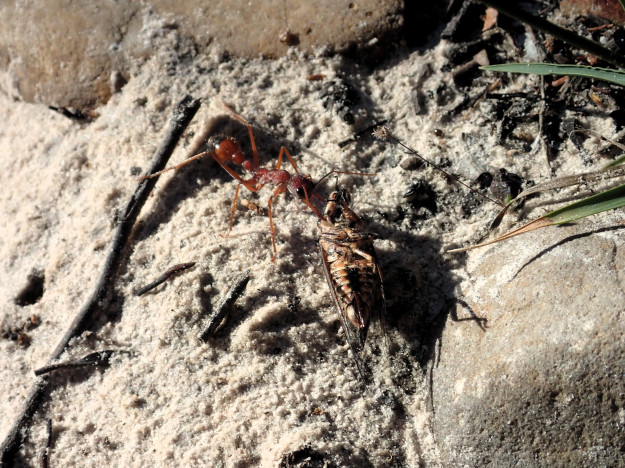 After that we were too tired to climb the next day so headed off to meet some friends to celebrate the new year. I’m now about to get an overnight ferry to Tasmania for part 2 of the trip, and looking forward to much cooler conditions down there! 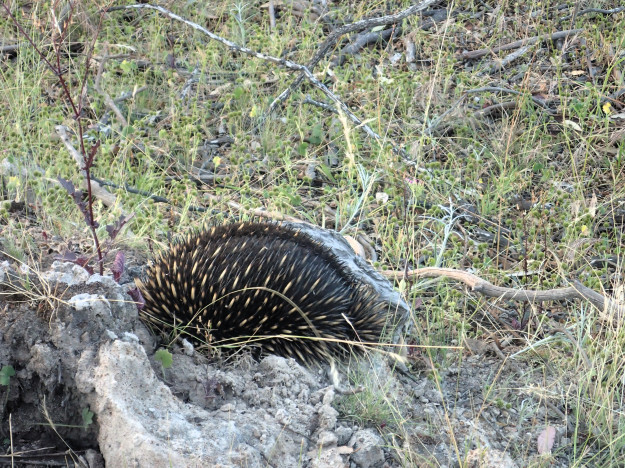 An echidna trying to hide from us 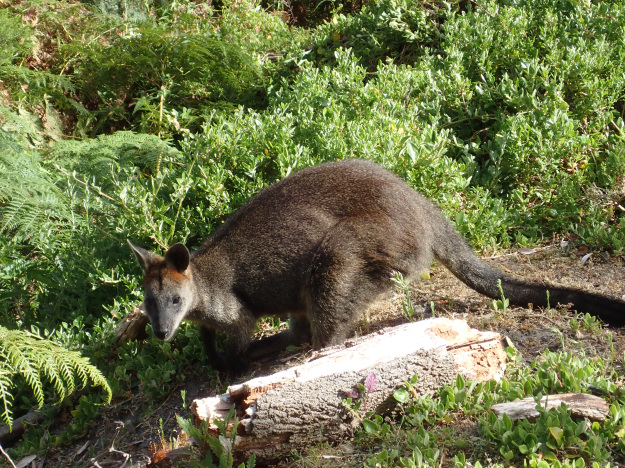